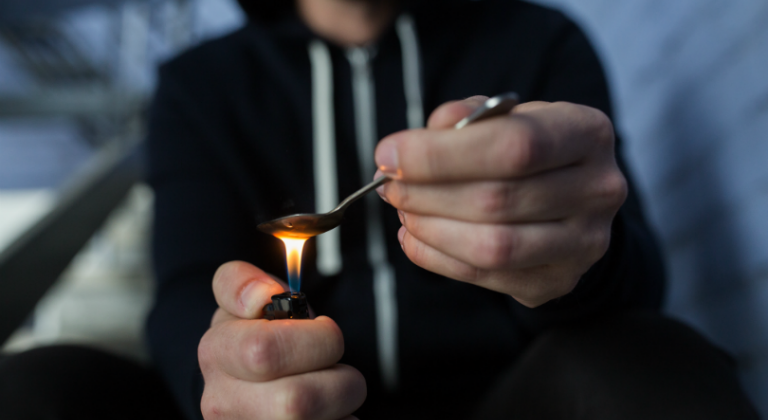 In San Francisco, a trailblazer in HIV advocacy, most look back on this time as an example of the deadly consequences of applying stigma and moral judgement to a public health issue, yet anyone who watched the recent KPIX news segment on people injecting drugs in the Civic Center BART Station would be right to question if the rapidly-changing city has indeed forgotten this lesson from the HIV epidemic.

Behind a banner reading “BART Junkies”, the news outlet documented a commuter’s early morning walk through the corridors of the station.  In the video, men and women are injecting drugs in the open, syringes scattered on the ground in places. Many are intoxicated. The one-sentence caption that accompanies the video manages to fit in “shocking”, “junkies”, “slumped” and “filthy”.  This dehumanizing language is not balanced with any mention of the medical or social circumstances that led the video’s subjects to be lining the hallways so early in the morning.

As a physician, it is clear to me that many of the video’s subjects suffer from opiate use disorder, a medical condition for which there are effective treatments.  It is not a moral failing, though there is clearly a tendency by those frustrated by the public visibility of homelessness and drug use to frame it as such. The problem with stigma is that, while it can feel cathartic in the moment, it has devastating consequences.   Like those who suffered during the early years of the HIV crisis, people who inject drugs are subject to immense prejudice and oppression. Fear of arrest and public scorn deter them from seeking treatment and slow the development of public health innovation. Necessary medical care is often delayed, leading to life-threatening complications.  A generation ago, stigma killed thousands of our fellow San Franciscans living with HIV, and now it is claiming new victims.

During my medical career, I have had an opportunity to witness first-hand the prejudice that people who inject drugs face.  I see how often this group hides behind fear and anger, bracing themselves for the dehumanizing treatment they have come to expect.  Perhaps I’m more attuned to the power of stigma in these encounters because I have also had an opportunity to interact with people with opiate use disorder in a different environment – treatment centers and street-based outreach efforts.  To be met with a smile and a warm salutation at the window of the methadone clinic or at one of our encampment-based health fairs, regardless of where they are in the cycle of relapse, treatment, recovery and remission, builds up the sense of dignity and self-confidence that one needs to fully participate in addiction treatment.  Support and empathy are critical to helping people onto the path to recovery, yet they are in short supply.

San Francisco has long been a national leader in substance use disorder treatment and harm reduction.  In addition to ongoing investment in navigation centers and street-based outreach, the city is set to open the nation’s first supervised injection facility this year.  But innovation alone is not enough; it must be paired with active engagement and constant reassessment of the needs of those living with substance use disorders. At the heart of this are compassion and empathy.  Its enemies are indifference and scorn. If we are committed as a city to helping our fellow citizens find a road to treatment and recovery, dehumanizing language has to stop. We need to look deeper at the root causes of addiction and homelessness in San Francisco, supporting new ways to deliver care and improve safety, rather than avert our eyes from those who are struggling.  We must remember the needless deaths that occurred during the HIV epidemic as a result of stigma, before we let this tragic history repeat itself.

Dr. Michael Incze is a third-year resident physician at the University of California, San Francisco, interested in primary care, addiction medicine, and health disparities.  He is troubled by structural violence towards people who inject drugs and the barriers preventing evidence-based treatment of opioid-use disorder.